Archdeacon Meurig Williams, archdeacon of France and Monaco, draws on all three of this week’s lectionary readings (Genesis 15.1-12, 17-18; Philippians 3.17-4.1; Luke 13.31-35) to explore the nature of our true identity – especially at this time of turmoil in Europe. 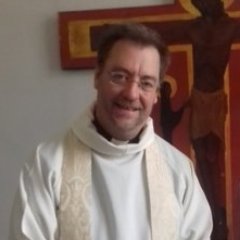 Europe is currently awash with confusion about identity and belonging. As many people fleeing danger arrive on our shores, we glimpse a mirror-image of their insecurity in those who are championing so-called ‘identity politics.’ An ever-widening chasm is creating distance – and conflict – between those who have more than they need and those who have nothing. The Gilets Jaunes protests in France have shown us that what people are being told does not match what they see and experience. Our capacity to understand the needs of those from different cultures, who speak different languages, and who see life differently, is becoming more shallow and superficial. In the minds of many, home and a sense of belonging is not so much a gift to be cherished, celebrated and shared but a silo to be defended against others with different identities.

Our readings from Scripture, today, invite us to think and act differently.

Abraham and Sarah had every right to feel insecure (Genesis 15.1-12, 17-18). The obedient pilgrims, who left the security of their settled home in an act of reckless trust, believing the promises of God about giving them many descendants, are still childless. Abraham also makes no secret of his uncertainty about God’s promise of a new home in a new location. There are worse trials and torments to come. We are catching a glimpse of the Israel of God in the long process of becoming a settled nation, so crucial to Jewish self-understanding. At one level, the Jewish scriptures tell a juxtaposing story of what it means to be a nation under God, living in a land that confirms their unique identity, on the one hand; and the unbearable strain of defeat and deportation, and of long years of exile far from home, on the other.

Perhaps the sense of doubt in our reading, (which took its final form during an extended period of exile, long after the events it records) is an all-too-faithful reflection of the Jewish experience over many millennia. It is also a theme that speaks to the basic human longing for a place on this earth where we most truly belong. As the French philosopher, Michel Foucault, acknowledged, ‘the anxiety of our era has fundamentally to do with place.’

However, this is only one side of the coin, and our Gospel today (Luke 13.31-35) reveals the disenchantment that surfaces when we sense that a particular place is not what it once was – or was meant to be; when we feel hemmed-in and smothered by being at home. The poetry of Dylan Thomas, for example, rejoices in his Welsh roots; but also voices the urge to ‘explode out of a frustrated sense of belonging.’ We can hear that expressed in Jesus’s lament over Jerusalem. He is feeling the rejection which the prophets before him had known.

The city whose name means ‘peace’ has become a danger zone (amplified by the sinister warning that Herod is out to get Jesus). The place where God had promised to dwell among his people has become the arena of injustice and self-interest. Roman occupation of the city, which accentuates a sense of tension and insecurity, is not the cause of the Temple’s God-forsakenness. Rather, what the prophets had once described as the gathering place of all nations has become a self-serving ghetto of exclusion and exploitation. There is no salvation in pursuing ethnic purity at a time of national crisis.

From inside this conflict-ridden melting pot, we need to hear the unequivocal affirmation from the Epistle (Philippians 3. 17-4.1) that our true identity is found in the crucified and risen body of Christ. Whatever human and earthly solidarities we may cherish will be transfigured by the promise that our true home is in heaven, where God gathers all identities and allegiances, to enable us to become a new humanity in Christ. This is both a promise for the future and a challenge for the way we live today. The priest and poet, R.S. Thomas, pondering the cross in the light of our longing for security, once wrote:

You have answered us

with the image of yourself

on a hewn tree, suffering

Pointing as though in either

with the possibility of dislocation.

Might it be that, at that moment of horrific recognition, finding ourselves dislocated from the uncertain and anxious solidarities of this world, we find ourselves at home where the crucified Christ is at home? Then we are truly liberated to see how all races, languages and cultures have a home deep within the heart of the God.

Archdeacon Meurig’s reflection is brilliantly illustrated by ‘The Crucified Tree Form’ by Theyre Lee-Elliott, in the Methodist Modern Art Collection. For copyright reasons it is not included here, but it can be found at https://www.methodist.org.uk/our-faith/reflecting-on-faith/the-methodist-modern-art-collection/index-of-works/crucified-tree-form-the-agony-theyre-lee-elliott/